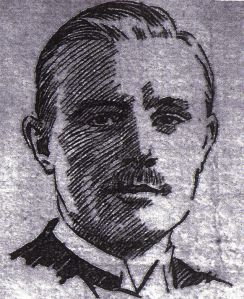 The scholarly tradition of the University is dominated by the work of its founder, Mar Georgius of Glastonbury (Hugh George de Willmott Newman, 1905-79), sometime Catholicos of the West and a bishop of the Apostolic Episcopal Church. The work of Mar Georgius led to extensive book publications concerned with the history of the smaller Orthodox and Catholic communions, as well as much work on theology and liturgy. His magnum opus, The Glastonbury Confession (1952) stands as a full exposition of Western Orthodox belief and remains in use today as a guide to the Faith. His historical works trace key episodes in the biographies of all the seminal figures of the movement, including Arnold Harris Mathew, Joseph-René Vilatte, and Ulric Vernon Herford.

>>Some biographical notes on Mar Georgius

Regrettably, almost all of Mar Georgius’s works were privately published as mimeographed editions, and although efforts at archival preservation were made in respect of some, others have become extremely rare and none are now in print. The University’s archive is fortunate to have copies of the vast majority of his published works and continues to explore ways in which they may be made accessible to scholars.

The post-2015 revival of the Western Orthodox University under Mar Georgius’s successor Mar Joannes Edmundus (Professor John Kersey), now the University’s Chancellor, has been concerned with the continuation of its tradition of scholarship into the history and other aspects of the smaller Orthodox and Catholic communions, the preservation of their archives and artefacts. The present Chancellor has brought together a body of Fellows who are well qualified and equipped to carry forward the mission of the University, and brought the University into contact with other universities with which it, as a small and specialized religious institution, can share resources and offer wider horizons to its students.

Our tradition of independence 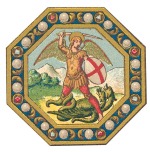 Mar Georgius had strong views on the need for an independent university that was governed on Orthodox religious rather than secular principle and that did not owe its allegiance to government or to the mainstream, politicized education system. He had formed these views having seen the treatment of the Intercollegiate University by the press and the education establishment of that era. These concerns remain as valid today as they were in 1945. In that era, following the publication of a number of ill-judged comments about the Western Orthodox University and Mar Georgius in the Preface to “Crockford’s Clerical Directory”, they culminated in the libel case that Mar Georgius brought against the Oxford University Press and others, and in which he was victorious.

Today, most universities reflect the viewpoint of their masters in the form of the state. Political influence over universities has become a pervasive force since the Second World War, and is reflected in contemporary social engineering programmes where universities are encouraged to place government targets and quotas ahead of purely academic values, with dependence on state funding the usual means of exerting control.

The original and authentic concept of a university could not be more different from this. Universities by their nature should be independent of state control and free to offer methodologies that serve public demand, not the political elite. To accept state control is to sacrifice all that should be dear to realizing the educational potential of the individual, since it imposes a system that is homogenized, conformist and authoritarian. The reality is that almost all of the most significant educational developments in higher education methodologies during the past fifty years of increasing state influence have occurred in the self-regulating private sector, where they have gone unreported by state-influenced media and have later been taken up without acknowledgement by public sector rivals.

As an overall principle, the Western Orthodox University has always sought to respond to people as individuals rather than seeking to bring them to a common denominator. This is no less than a response to God’s diversity in creation. Mass education systems are suited to a society that seeks to reduce the university to a mere factory dealing in standardized credentials, and whose priorities are increasingly commercial. In the Western Orthodox University, the vision of education is tailored to the student and, because the University does not charge fees, can be pursued without the profit motive supervening.

© Copyright, The Primate and Presiding Bishop of the Apostolic Episcopal Church, A Corporation Sole, 2019 onwards.